God’s Not Done With You Yet 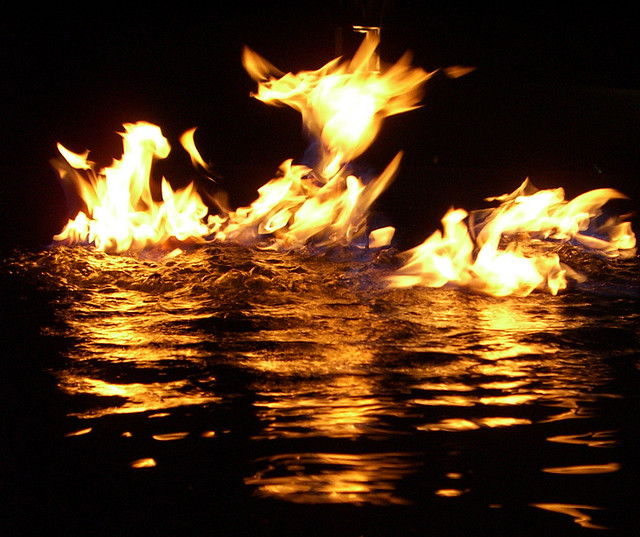 Dealing with a kid with a disability is a grueling, non-stop job. And while there are many things far, far worse than club foot, it’s not exactly a walk in the park (no pun intended). Every day, Heather and I feel the burden of Eli’s club foot diagnosis. And while I’d like to say we fly through it without issues, I’d be lying. It puts a strain on our marriage, wakes us up in the middle of the night, and prevents us from doing “normal” things.
And while we’re thrilled with where Eli has journeyed, we’re feeling the burden.
Whenever I feel this way, I always look to the Bible to see how, as a Dad and a husband, I should be acting. (I know, that almost sounds old fashioned! But it’s the only way I know of to keep myself grounded.)
Often I find myself turning to the story of Elijah. Elijah is one of my favorite people from the Bible. In many ways he was an action hero. Not only did he spend his days confronting evil - when virtually everyone else in Israel wasn’t interested in taking a stand - he also out ran a chariot on a race back to the nearest city. But perhaps most dramatically was the time he called fire down from the sky:

Then Elijah said to all the people, “Come here to me.” They came to him, and he repaired the altar of the Lord, which had been torn down. Elijah took twelve stones, one for each of the tribes descended from Jacob, to whom the word of the Lord had come, saying, “Your name shall be Israel.” With the stones he built an altar in the name of the Lord, and he dug a trench around it large enough to hold two seahs of seed. He arranged the wood, cut the bull into pieces and laid it on the wood. Then he said to them, “Fill four large jars with water and pour it on the offering and on the wood.”
“Do it again,” he said, and they did it again.
“Do it a third time,” he ordered, and they did it the third time. The water ran down around the altar and even filled the trench.
At the time of sacrifice, the prophet Elijah stepped forward and prayed: “Lord, the God of Abraham, Isaac and Israel, let it be known today that you are God in Israel and that I am your servant and have done all these things at your command. Answer me, Lord, answer me, so these people will know that you, Lord, are God, and that you are turning their hearts back again.”
Then the fire of the Lord fell and burned up the sacrifice, the wood, the stones and the soil, and also licked up the water in the trench.
When all the people saw this, they fell prostrate and cried, “The Lord—he is God! The Lord—he is God!” (1 Kings 18: 30-29)

That’s pretty impressive. I don’t know about you, but I haven’t called fire down from the sky recently. So after this amazing miracle, what does Elijah do next? A few short verses later we read, “Elijah was afraid and ran for his life.” (1 Kings 19: 3)
Interesting. It’s not the message we get from Hollywood. We’re told that after you do something amazing you crack a joke. Maybe you smoke a cigarette. Heroes in our culture tell us that part of being a hero is the acceptance that doing something amazing is kind of boring. And certainly not life changing.
But the Bible paints a different picture. It shows us that in the moments following our greatest spiritual victories, we’re most likely to suffer despair. Elijah performed a miracle and stood up to an evil king. Instead of walking to the nearest bar and ordering a martini, shaken not stirred, he ran away and hid.
Heather and I feel this with Eli. It wasn’t until after Eli made it through his illnesses that we felt the toll it took. We’ve seen miracle after miracle with Eli. But the minute we got a true victory over his suffering, depression and exhaustion set in. There were no clever one-liners. No apathy. Just exhaustion.
Of course God is cool with this. He didn’t yell at Elijah. And he’s not going to yell at you. Instead, he gave Elijah rest. But in the midst of that, he reminded Elijah that his work was not done. That he couldn’t give up.
And we can’t either. God has more work in store for our family.
And he’s got more work for your family.

photo credit: jurveston
Posted by Eric Barrett at 8:53 AM