We have an update on Eli, but first we wanted to say that God is awesome.  Leading up to Eli's doctor appointment we were worried about his fever.  So worried, we took him to his pediatrician who said that if Eli was still running a fever, he wouldn't be able to go to the ophthalmologist.

That was devastating news.  We were facing another medical crisis complicated by Eli's strange fevers.

So we did what we always do - reach out to a few people we know are willing to go to battle for Eli through prayer.  I'm thrilled to announce that Eli woke up fever free.  There's no other way to describe that than a miracle.  In all of the fevers Eli has had, this was the shortest one yet, and it broke in time for him to go visit the doctor.


The second part of our good news is that Eli got the best possible diagnosis he could have.  (Short of having nothing wrong!)  Like all things Eli, we won't know the full extent of Eli's eye problems for awhile.

We do know a couple of things: 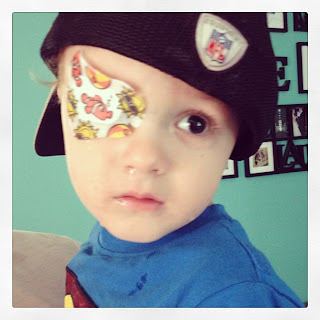 So what does this mean going forward:
Overall this visit went about as well as we could have expected.  Which is frankly unusual for us.  But we're tired of all of this, as is Eli.  Yet when I look back on the last 2 years, I'm struck by the perspective all of this has given us.  It makes Heather and I appreciate one another, our family, and our friends more.  It also lets us see the world very differently when we get to see - no depend upon - God's grace on a daily basis.

I'm reminded of what Paul said in the midst of being in prison and beaten: "We rejoice in our sufferings because we know that suffering brings perseverance; perseverance character and character hope."

Heather and I understand this more than we'd like.  But it also let's us see God's mercy and love in a very personal way.  It's that closeness that truly changes us.

And that's a good thing. 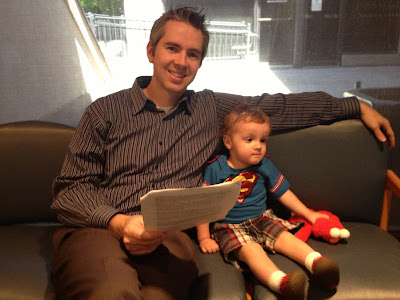