God is With You Because You Aren't Dead

Over the last year Heather and I have had a lot of up’s and down’s. Many of which we’ve shared on Faith Feet & Love. At first it was easy to keep hope. We knew that God loved us, and we had seen time and again the ways God had protected us and provided for us. But as time wore on, it became increasingly difficult to keep believing God was really with us, and hadn’t forgotten about our struggles.

It’s from that perspective I read David’s words in Psalm 41. And to be honest, I’ve been wrestling with that verse for the last few days. I’ve been trying to understand what it means. On the surface it sounds just like a nice thought. Yet another Bible verse meant to encourage us. But it’s actually something more than that. David wrote that Psalm in the midst of being chased out of Jerusalem in a coup attempt by his own son. That’s right, David is fleeing from his own son, because his son is trying to murder him and become the next king. And in the midst of that, David is praising God for not abandoning him.

I don’t know about you, but my first reaction was, “What?!”

That’s when I realized something - David defines “success and failure” differently than I do.

I define success as getting my way, and failure as facing obstacles or rejection. I want to give up watching the Steelers play when they aren’t up by 14 points. I know that when an election doesn’t turn out as I wanted, I’m ready to call it quits. I know when a job doesn’t come through, I want to say, “why bother?”

I’m ready to question why God has abandoned me at the slightest sign of trouble.

David on the other hand has a simpler definition of success. He defines God’s pleasure as “not being dead.” 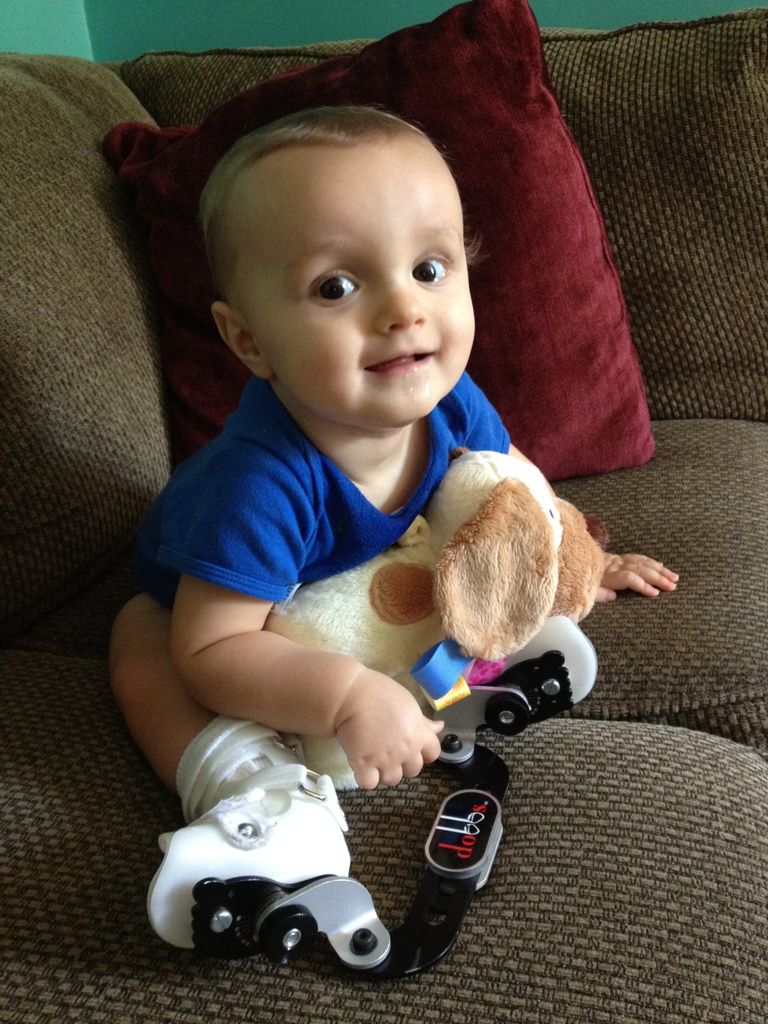 But that’s when I realized I know someone who lives like David. And it’s Eli.

He doesn’t know defeat either. He doesn’t know quitting. He’s literally the hardest working 12-month old kid I know! And he’s had to work for everything. From sitting, to lifting his head, to crawling. None of that was easy for a kid who spent much of his life in hip-high casts. But Eli doesn’t worry about that. He just focuses on what he wants (often his toys) and goes for it. He doesn’t play the “what if’s” game. He just lives.

In his own way Eli knows that God is with him, because his enemies haven’t triumphed.

He’s not dead, so he fights.

Can I do any less as his father?
Posted by Eric Barrett at 11:23 AM

Email ThisBlogThis!Share to TwitterShare to FacebookShare to Pinterest
Labels: being a father, faith