Well it finally happened. After watching Eli suffer since the beginning of August with the same ear infection, he was finally eligible to get tubes last Monday!

I would like to say that getting the tubes was the easiest thing we have ever done. After all, everyone told us it would be :). But, like all things Eli, it was a rough few days. He had a lot of bleeding post surgery due to the infection and several days where he seemed to be in pain but, was sleeping through the night almost every night!

This weekend, just as we thought things were starting to get better, Eli started crying and pulling at his ears again. I could have died. Neither Eric or I were ready for another round of ear infections. We thought surgery fixed all that! Of course Eli is a complicated kid and things never seem to come easy for him :(

Thankfully we still had some of the drops left that we were given after surgery so we started those back up again and he seems to be feeling better for the time being.

Here are a few pictures from the day: 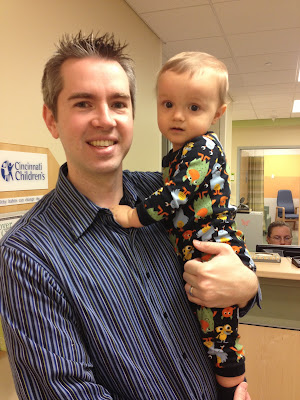 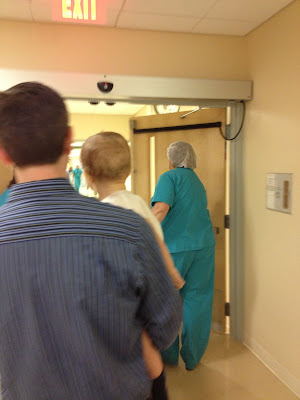 Posted by Heather Barrett at 2:42 PM