In the last year our lives have been radically changed.  We’ve had to deal with the stress and fear that has come during a pregnancy with problems.  We’ve had to struggle with the loss of sleep and stress that occurs when your child must live in braces and casts after their first week of life.  And we’ve had to wrestle with what that means for a family and for a marriage.

Through it all, Heather and I have realized just how “easy” we have it compared to many people.  We see people suffering through terrible, and often unfixable, things.  We’ve seen the horrible things that can happen in this world to kids.  And our hearts break because of it.  However, it has also made us hesitant to talk about Eli’s clubfeet at times.  It sounds as if we’re complaining.  And we’re not really complainers.  As terrible as all of this has been, we know (better than most) just how much worse it could have been.) 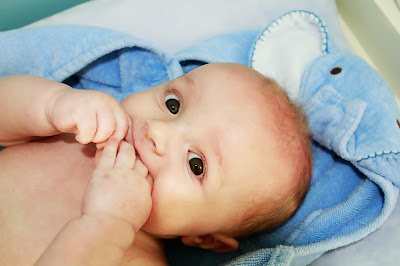 It’s also easy to begin to believe that clubfoot isn’t “really that big of a deal.”

Sadly that illusion was shattered last week when we were told that Eli’s heel is not developing properly.

In many ways, this news was the hardest to take.  When we were told he had down syndrome, Eli was nothing more than an idea.  When we found out he had kidney problems, he was just a name.  (We wanted to give him a name early on, so that through all of the pregnancy problems he would have a name and therefore an identity.)  Even when he nearly died during delivery he still wasn’t there to know.  But now…now… Eli is part of our family.  Now he has a personality.  He laughs.  He cries.  He demands food.  He plays.  He sleeps.  And he drools.  A lot.

We love him tremendously.  And hearing more bad news is that much harder to take.

Each time you hear bad news from the doctor you go through a grieving process.  And that process is so much harder when you know the little guy.

We don’t know what all of this means for Eli.  We know surgery’s a possibility.  We know that it might work itself out.  We know that it could lead to a permanent disability or just a minor inconvenience.  We’re back to where we were 6+ months ago: not knowing.  And in some ways, that’s the worst part as a parent.

As we figure out what this means medically for Eli and our family, we just ask for prayers, because doctors are awesome, but God is better.
Posted by Eric Barrett at 6:00 PM